The Newport Folk Festival has always been a great place to encounter up and coming artists. Although lately it's been stuck in a super white indie-folk boy-band rut, it still can deliver, especially on the auxiliary stages. When I was down on Saturday I saw Sarah Jarosz for the first time and, upon getting home the next day, immediately acquired her two albums. She is a phenomenon, someone whose musicianship and songwriting seem impossible for her age. (Jarosz is is 22 and had already played Newport in 2010 at the age of 19.)  Reader KS, herself a longtime festival-goer, commented during her set that Jarosz reminds her of the kind of genius of Alison Krauss, who also first appeared at Newport as a teenager. And Jarosz plays everything. Maybe she's got that once-a-generation Sam Bush gene that allows her to swing on any stringed instrument she picks up. On stage she swapped mandolin for clawhammer banjo for mandocello and back again. (I had to look all those up by the way... at the time I had no idea how she was playing or what she was holding in her hands on stage, but it was awesome.)

Oh, and she can sing too. Check her out. Follow Me Down is her second album, but either one will make you happy. 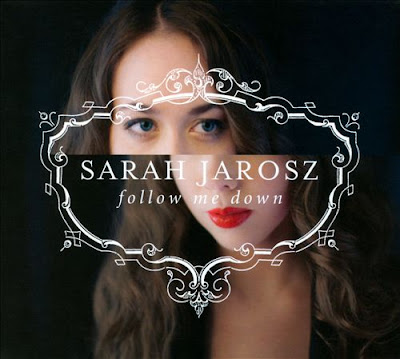