Today every news outlet in America, and most other places too, is celebrating the 50th anniversary of the March on Washington for Jobs and Freedom when Martin Luther King Jr. delivered his "I Have A Dream" Speech

The speech is one of those living artifacts in the history of American progressivism that the right wing has been trying with wretched desperation to coopt for the last three decades. Feel free to surf on over to The National Review to get a quick sense of the conservative prattle about "color-blind societies," "race neutrality," and "negative rights," mixed with a lot of anodyne "American values" talk. The implication in virtually every one of these pieces is that King's advocacy for civil rights was rooted in something universally admirable, whereas (the turn in these commentary pieces can be spotted a mile off) contemporary civil rights and progressive policies are contentious, divisive, and un-American.

Witness Jennifer Rubin, who continues to get paid for making no sense, offer a ludicrous comparison between King and Obama.

Is she suggesting here that King did not heighten racial animosity? Or that it was Obama that made the Trayvon Martin case a flashpoint for race relations? More to the point, why is she comparing these two men anyway? One was a civil disobedient social justice theologian; the other a professional politician with a background in constitutional law who became president. That they are black men in the public eye seems to be the only basis for Rubin's comparison; she might just as logically write a column comparing George W. Bush to Reinhold Niebuhr or Bobby Jindal to Gandhi.

It is more useful and honest to look to the March itself to understand King's agenda and the specific kind of "Dream" he had in mind. Because the organizers were canny, organized, and forward thinking, they helpfully provided just such an agenda on the second page of the day's program: 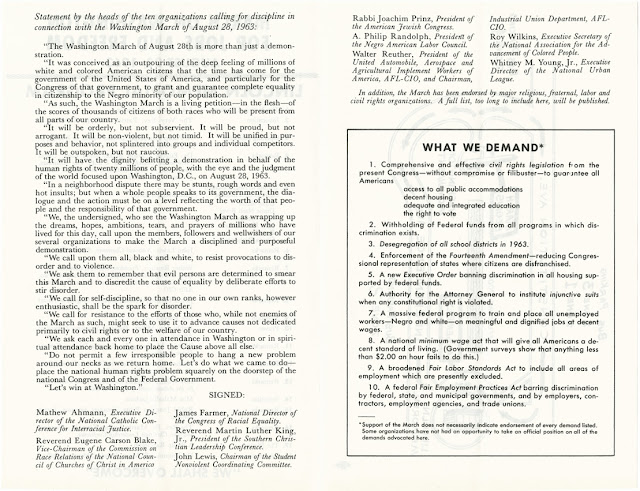 And here are just a few reasons why remembering this moment is so important. Of the ten "demands" for progress made by the organizers, many remain unfulfilled, contentiously debated, and consistently stymied by right wing politicians and laissez-faire ideologues. Consider (using the program's numbering):

1. The call for voting rights in 1963 was answered with the Voting Rights Act of 1965, which has since been severely curtailed by the conservative majority on the Roberts court.

3. School segregation has not only persisted since the 1950s, but in some cases has become more entrenched. (For further reading, look here, here, here, and here.)

4. The centrality of the 14th Amendment to the pursuit of racial equality and social justice has been routinely assaulted by opportunistic Republican politicians seeking its repeal.

5. Though significant progress has been made (scroll down to the graphs here), housing discrimination has survived as well.

7. Two graphs from the Post's Wonkblog on the history of black unemployment: 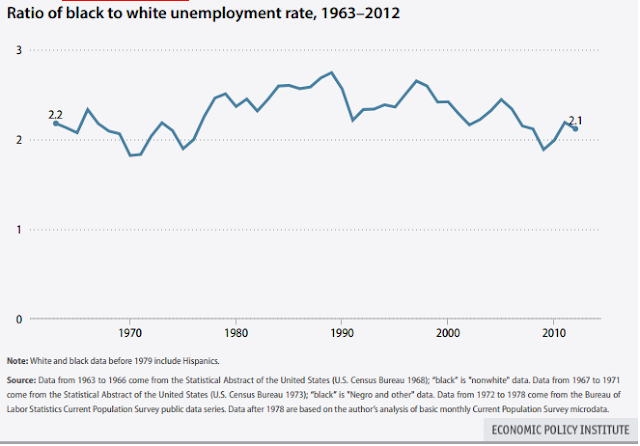 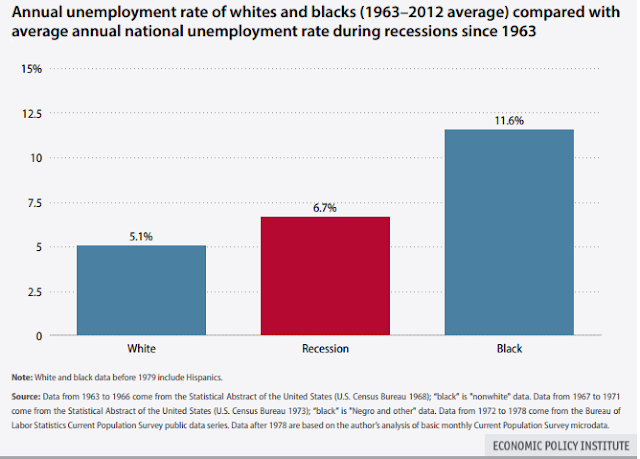 8. The demand for a national minimum wage of at least $2 would be, in today's dollars, a minimum wage of $15.27. Currently the federal minimum wage is $7.25 and all recent attempts to raise it have been voted down by Republicans. (Matt Yglesias argues for a guaranteed basic income over a minimum wage as an even better fulfillment of the standard of living demand.)

Memories of the March bring inspiration, yes, and collective obligation as well. These are burdensome days, these anniversaries. King knew that all too well as he stood beneath Lincoln's watchful gaze. 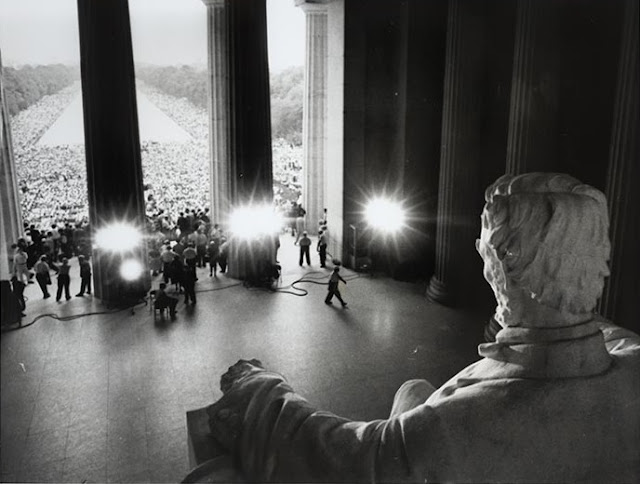